The Promotion/Relegation USA Soccer Decision Is Not up to MLS

“What if MLS doesn’t want to go along with promotion/relegation in USA Soccer?

“How will we convince MLS shareholder-owners to accept the promotion/relegation risk despite paying hefty franchise fees to enter MLS?”

America MUST understand that USA soccer’s decision to move to a 100% open system with promotion/relegation is NOT up to MLS.

Yes, when projecting what American soccer might look like under open system conditions, MLS is usually considered as the defacto division one container-league, but MLS participation is not required in order for USA soccer to move forward to an open system.

This decision is 100% in the hands of USA soccer’s governing federation (currently USSF). With one pen stroke, the federation can create fair opportunity for millions of people in the USA soccer ecosystem.

Opening USA soccer does not depend on USSF officials walking into a board room of MLS shareholder-owners and successfully pitching them on why going along with an open system would be great business for the future of MLS. Yes, it would still be beneficial to ask MLS to participate in the open system, but the USA soccer governing federation is free to walk away and move forward if MLS does not want to play ball.

The USA soccer open system transition can be distilled down to one key pillar: reserve USA soccer’s divisional sanctions for open leagues only.

An open system uses leagues as open, tiered containers for clubs move up and down through. They represent the very structure of the USA soccer industry itself. Any league that refuses to serve in this fashion has no need for a divisional sanction.

Here are the two potential MLS and open-system transition scenarios:

A) MLS agrees to participate in an open system and proceeds to break its single-entity “club MLS” structure into autonomous clubs that are fully controlled by individual owners. Pretty straightforward.

B) MLS refuses to participate in an open system. It would then have its division 1 sanction stripped by the USA soccer governing federation and operate off on its own like a non-sanctioned U.S. sport league. MLS remains untouched and its shareholder-owners are not exposed to the risk of open system competition. There would then be a competition between unsanctioned MLS soccer (or any other closed league that wants to operate like MLS) and the sanctioned, open system of independent soccer clubs. MLS shareholders would be free to buy their brands out of the MLS entity (if MLS is willing to sell) in order to become an independent club and flee to the open, sanctioned system.

There is a path forward to an open USA soccer system no matter where MLS stands on the issue. The decision to open USA soccer up to all people and clubs should not be left up to one single constituent (MLS). Why should one group determine the fate of everyone else? If the current USSF governing federation is putting the interests of club MLS first in its decision-making process, that is corruption.

Any USA soccer governing federation is responsible to look fight equitably for all American soccer constituents. The people of American soccer ultimately have the final say as to direction of governing policy. When the people unite and speak up for change, leadership must bow. Will this current USSF organization be the one that moves American soccer into its future of equality and opportunity, or will a new Federation be required?

Have your say in the comments below!

Donate below and share this content out on social media to help further the cause of equality and opportunity in USA soccer! 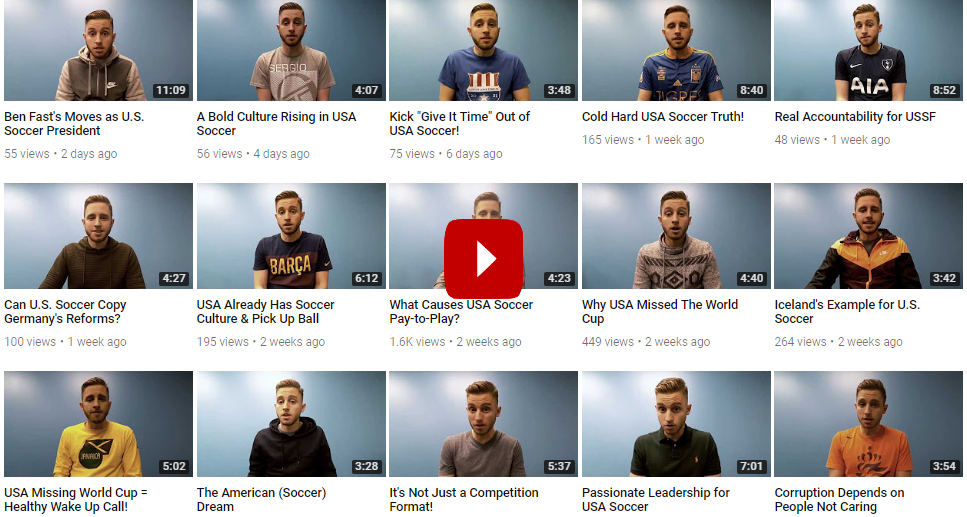